Hart High Speech and Debate is wrapping up the season with a bang!  We have had some real successes this season despite our small team going into State and National Qualifiers

Our State and National qualifying tournaments spanned the month of March and bred much success. We had only three people attend the State-qualifying Congress tournament. Senior Joe Brennan made it to the final round and is returning to the State Championship in Congressional debate down in Long Beach, California for the first weekend of May. Joe placed 2nd overall in the Tri-County Forensic League, one of the largest leagues in the State of California. He is truly capping off his senior year on a high note.

Junior Crystal Salinas and sophomore Kyla Jones attended the State qualifying individual events competition with Zoe Titus. Crystal and Kyla made remarkable runs in original prose and poetry, continuing Hart High’s notable success in this particular event. Crystal broke to semi-finals in original prose and poetry, and placed ninth overall in the league. Kyla managed quite a feat by going all the way to finals and placing 3rd overall in the league. She will be attending the State Championship along with Joe at Cal State Long Beach on May 3-5, 2019.

Speech and debate rarely takes time off, so Joe Brennan, Angela Ramirez, Zoe Titus, and Kyla Jones attended the Spartan Invitational at Schurr High School upon our return from Spring Break. Joe did a clean sweep and took 1st place by a notable margin in varsity congressional debate. Angela Ramirez, our strong up-and-coming congress debater took 5th place in novice congressional debate to end her very successful novice year. Despite our small team, we remain a mighty force with a great deal of success from very talented students.

As we say goodbye to our seniors at the end of the year, we have an incredibly talented and promising team for next year to carry on the torch. If you are interested in checking out our illustrious and award winning team, please see us on Mondays at lunch in Mrs. Nishioka’s room F43.   We will jump start the new season in September when we host our annual League Speech and Debate Workshop on September 21, 2019 and the first Tri-County Forensic League competition on October 12, 2019. 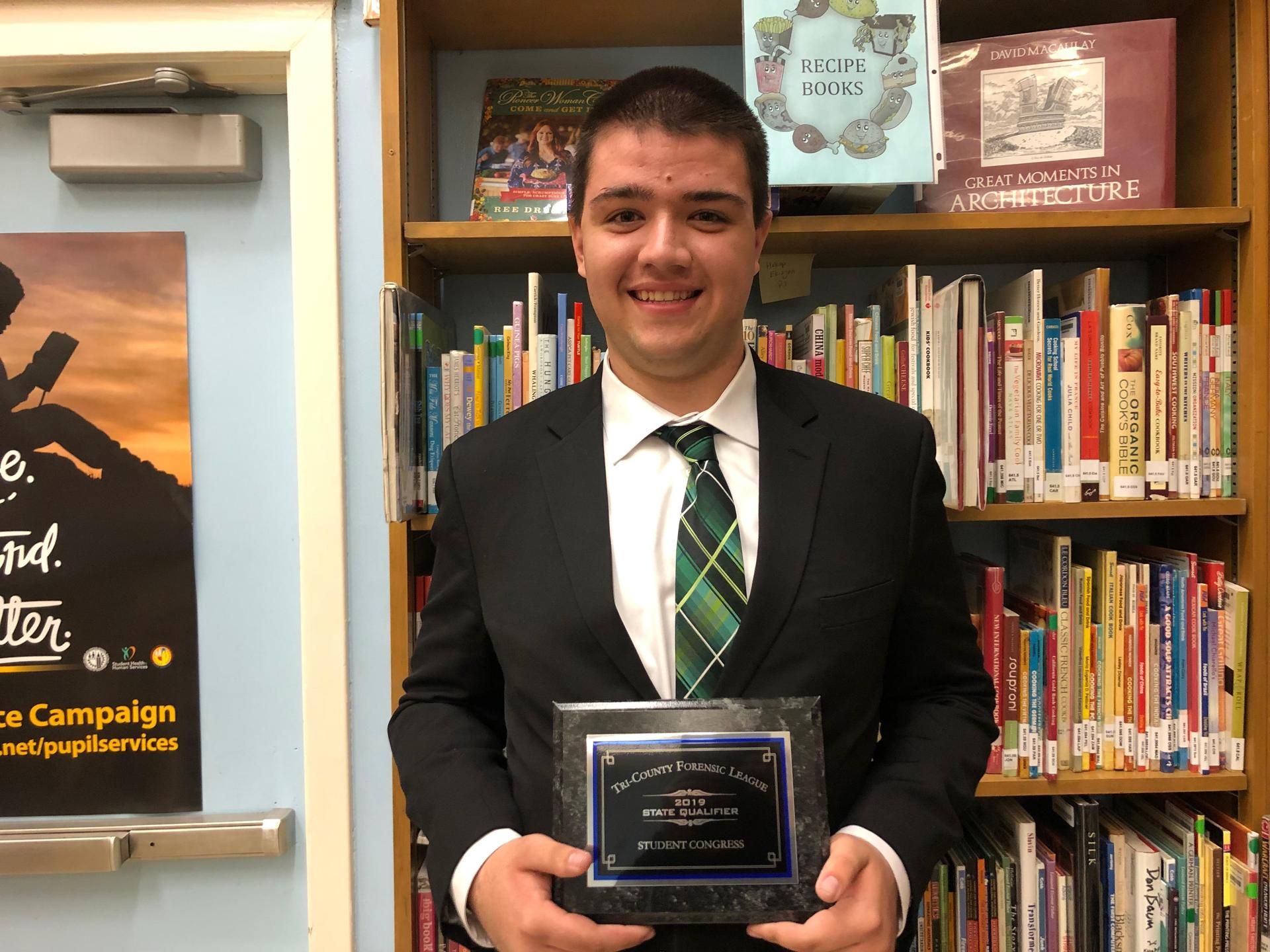 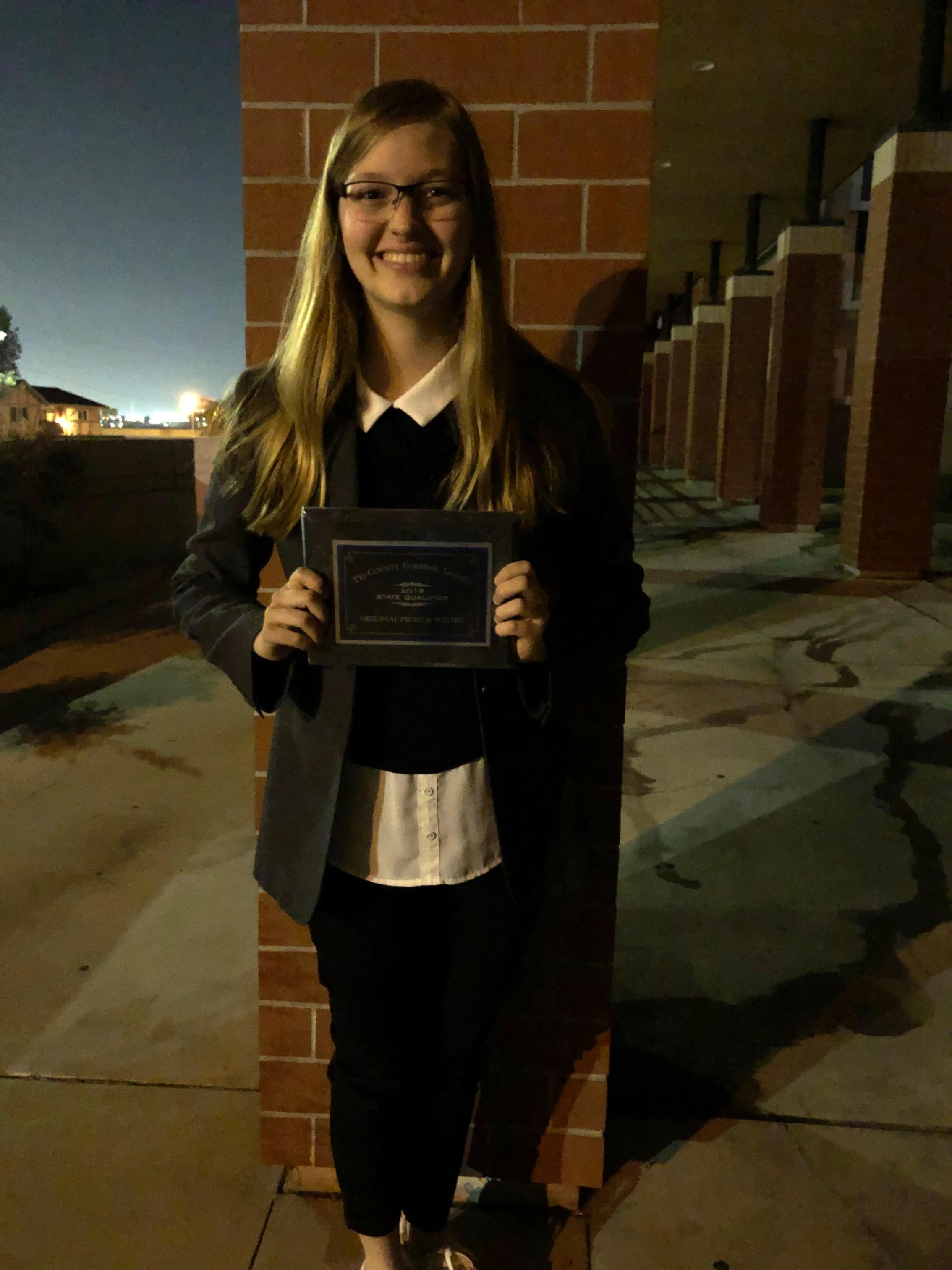 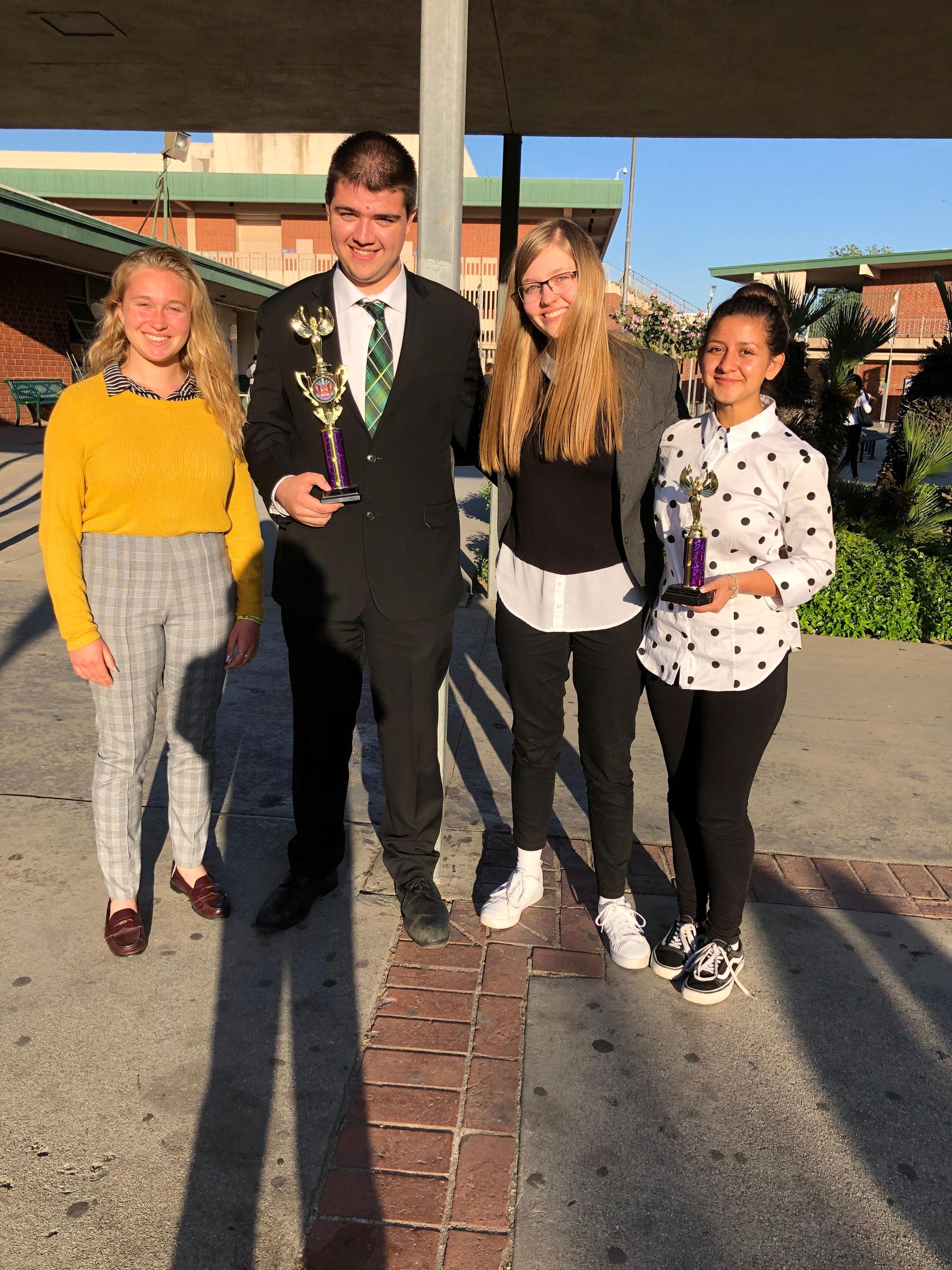